Home > What is Aperitivo?

If you’ve picked up a bottle of Aperol lately (to make the perfect Aperol Spritz, maybe?), you’ll see that we’re an aperitivo – the word is splashed right across our bottle. But what is aperitivo and where did it all begin?

What’s in a name?

The word aperitivo comes from the Latin aperire, which means ‘to open.’ This evolved into the French word ‘aperitif,’ and then the Italian ‘aperitivo.’ Aperitivo has been around for centuries. Traditionally aperitivo was the serving of bitter drinks before meals as a way of ‘opening’ the palate, but you can mix up Spritzes with some light bites whenever the right move strikes and enjoy that classic rituale Italiano. In Venice, groups of friends will gather along the canals at sunset to catch up, enjoy some small plates of cicchetti, and toast ‘Cin cin!’ to one another.

No one’s sure who made the first aperitivo toast, but as it’s evolved, it’s become more about getting together with friends and family to enjoy one another’s company than it is about the drinks. 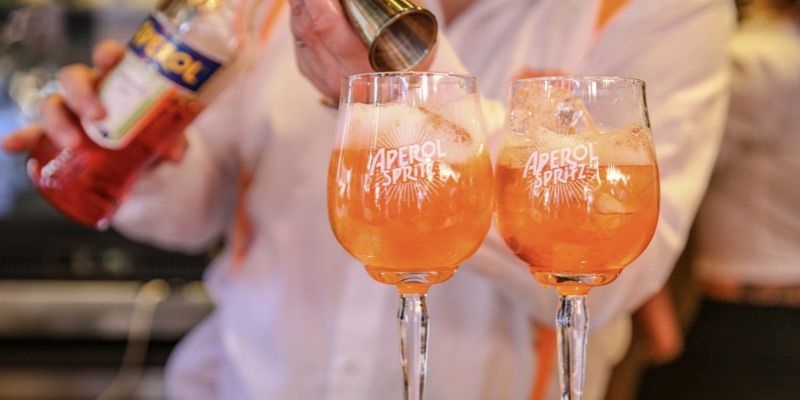 So how did Aperol burst on the scene and become Italy’s favourite aperitivo? Well, after inheriting their father’s liqueur company in 1912, the Barbieri Brothers set out to make a drink inspired by the French aperitifs they’d enjoyed on vacation. After seven years of experimentation, the secret recipe was complete, and Aperol made its first appearance at the Trade Fair in Padua in 1919.
With a relatively low alcohol content, great taste and unique orange hue, it wasn’t long until the orange sensation took off. 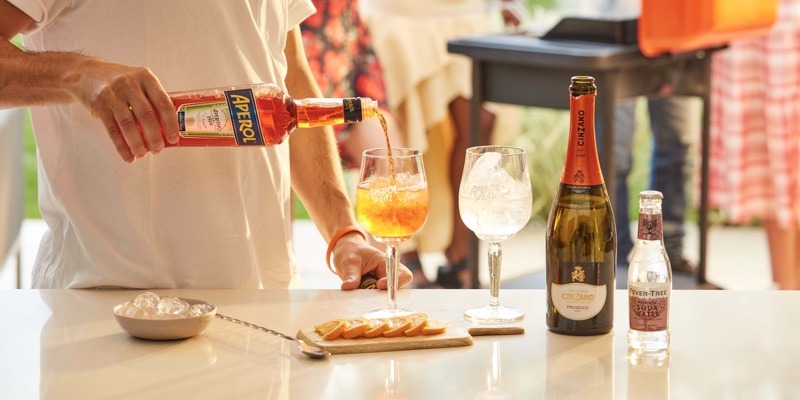 Who invented the Aperol Spritz?

No one bacaro can lay claim to creating the Aperol Spritz as we know it today, but it’s likely that it has its roots in the Spritz Veneziano. The Spritz Veneziano was first made in Venice in the 1920s, inspired by 18th century visitors from the Habsburg Empire who would ask for ‘ein Sprizen,’ or a splash of mineral water, to be added to local wines.
The Aperol Spritz pays tribute to this history with its final splash of soda, but our signature 3-2-1 ratio with Aperol and Prosecco is truly original. So, it’s no wonder word started to travel about our refreshing orange aperitif.
Soon, the Aperol Spritz was enjoying international success from the Italian canals to the Governor’s Ball in the United States. And this legacy lives on more than 100 years later in your favourite bars, local restaurants and at-home aperitivo hours.
So raise your glass to years of tradition and celebrate the joy of life that comes from being together.

Ready to have your friends over for an aperitivo? Check out our recipes for inspiration!